"A picture is worth a 1,000 words but no picture does any particular location full justice. When you come out and actually set foot on or put tires to the trail it is an indescribable experience."

When Nick Ybarra tells the story of his first ride on the Maah Daah Hey Trail, his eyes twinkle as he describes rattling across the ridge that is Devil’s Pass. He describes the experience as “feeling like I had found something I’d been looking for but didn’t know I needed my entire life.” At 18 years old, Nick was struck by the beauty of the terrain, especially near Devil’s Pass. He describes the area as “this incredibly beautiful landscape that just opens up and you have this almost Grand Canyon view of the Badlands.” That experience, and the passion it inspired, has never left. 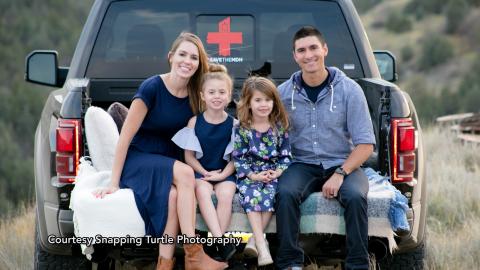 Life took Nick in many directions since that day, but the Maah Daah Hey Trail kept calling him back. “So much of the reason that I wanted to move back to North Dakota was to be close to the Maah Daah Hey Trail,” Nick explains. He rode other trails and other races across the country, but he assures that “nothing moved me like the Maah Daah Hey did.” So when the US Forest Service started losing money and could no longer maintain the 144-mile singletrack trail as it had, he could not sit back and let nature reclaim the trail. He says “it would have been like losing a friend.”

Nick took up the mower, the shovel, the chainsaw and many more tools to literally blaze the trail again and again through the erosive Badlands environment. Nick and his wife, Lindsey, also coordinated to host a race both to share the experience of this amazing trail and to help raise funds for its maintenance. That first event, the Maah Daah Hey 100, is now the flagship race in the Badlands Race Series. In Nick’s words: “The Badlands Race Series is a series of eight annual events that my wife and I host through four seasons throughout the entire year.” Inspired by him, others have joined the cause, investing more than 4,000 hours into trail maintenance over the last five years. Lindsey and Nick started the “Save the Maah Daah Hey” nonprofit to help organize these volunteers and to funnel the resources for the trail maintenance. 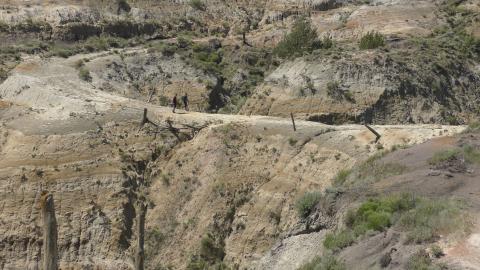 And where would Nick be without Lindsey? He says, “I’d be broke and living in a van by the Little Missouri River if it wasn’t for Lindsey,” he says. Nick dreams up ideas, but Lindsey has the organizational and business management mindset to make those dreams a reality. He also insists that “Lindsey is probably a larger part of the story than I am, but behind the scenes.”

The passion and the hospitality that the Ybarras strive for in the races have made these events, as Nick puts it, “more like family reunions than they are competitions.” And where does this all lead? “Our mission for hosting the events and doing the races has always been to create legendary adventures for people to experience new discoveries,” Nick says.

You can discover a legendary adventure with one of the Badlands Race Series races, ranging from a kids’ race to the full “Buck-50” covering the entire 144 miles of the Maah Daah Hey Trail. The trail itself is capped by two cornerstone communities – Medora and Watford City and both communities know how to cater to adventurers and families. If you visit Nick’s hometown of Watford City, his can’t-miss destination is Stonehome Brewing Company, a local craft brewery that features a Maah Daah Hey Red Rye IPA. A portion of the profits for that IPA goes back to the Save the Maah Daah Hey nonprofit. 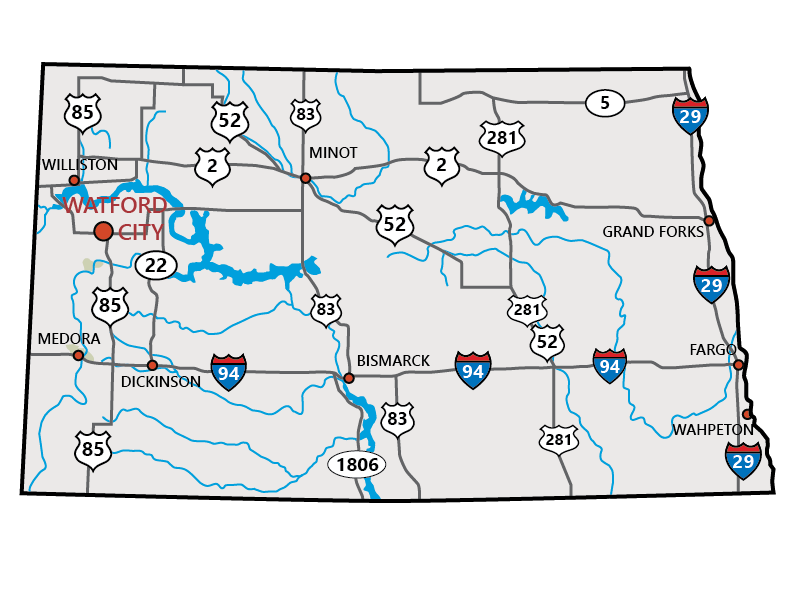 North Dakota 20 in 20: Fall is for Adventure
Read More