“We think Ralph Engelstad Arena is a 100-year building. We think this will be a Wrigley Field or a Fenway Park, that historic sports venue that everyone can be proud of.”

There is no easy way to describe an arena like Ralph Engelstad Arena. “The Taj Mahal of Hockey” or “Hockey’s Future Wrigley Field” are some monikers that have been tossed around, fittingly so, since it opened as home to the University of North Dakota hockey team in 2001. It starts with leather seats and marble floors, which helps fans watch hockey, basketball or concerts in luxury not seen most arenas. It’s hard to describe the ambiance because there isn’t anything else quite like it in the world. Its more passionate fans call it simply “The Ralph.”

Jody Hodgson calls Ralph Engelstad Arena home. “It’s really a tremendous opportunity to come into a place every day that is near and dear to peoples’ hearts,” says Hodgson, general manager at The Ralph. “Most of our work is in the shadows. The old adage that ‘the show must go on’ is certainly true for us. And if the hair on your arms doesn’t stand up when that happens, then you’re in the wrong business.” Hodgson admits that from championship games, to major concerts or regional tournaments, he’s lucky to catch only the last few minutes of any of them. But he’s OK with that. 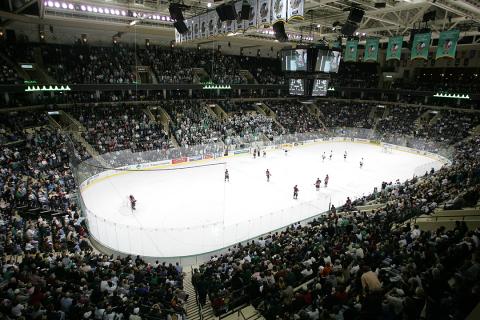 Near and dear is almost an understatement when talking about what “The Ralph” means to Grand Forks. It’s a town that buzzes with the word “hockey” and the fact that one of the country’s top college hockey programs resides there. The University of North Dakota has won eight national titles and launched the professional careers or nearly 100 National Hockey League players, including current stars T.J. Oshie and Jonathan Toews. “I always get a chuckle when they interview those alumni and ask about their experience in the National Hockey League and they say ‘You know, it’s nice but it’s not quite as nice as what I had in college,’” Hodgson says with a laugh.

Hodgson’s passion for his work is obvious. He chuckles when he talks about the long days and nights working the 120-plus events The Ralph holds annually. But his light-heartedness doesn’t mask how seriously he takes his career. He says it’s his responsibility to continue to chase the mission the man who started all of this had in the beginning.  The late Ralph Engelstad was an alum of the UND hockey team. After graduating from the university, he went on to have incredible success in the business world, profiting from immense and beautiful properties all around the country. Using his resources and experience, Engelstad then turned his sights on the school that helped him achieve all that he did. “He thought the Ralph Engelstad Arena would really provide the community a phoenix to rise and recover from the devastating flood of 1997,” Hodgson says. “Ralph Engelstad is no longer with us. It’s my responsibility to continue to chase that mission and continue to be an economic engine for our university and our city.” 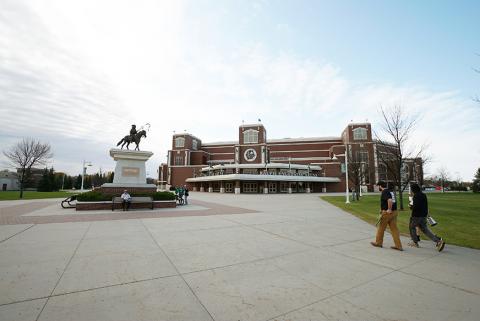 The Ralph opened its doors for the first time in October of 2001. Since then it’s welcomed half a million people annually, has been a host to some of the biggest names in music – including Eric Church and Carrie Underwood – and has fed a hockey following that travels across the nation to cheer on the team. “Because of the gift from the Engelstad family to us, they were able to provide the level of amenities that make the Ralph Engelstad Arena a 100-year building,” Hodgson says. “This will be the next Wrigley Field or Fenway Park, that historic sports venue that everyone can be proud of.”

From the second the blueprints started, it was the fans and their experience that Engelstad had in mind. Now 17 years into its existence, The Ralph has hosted millions of people from around the world. So maybe it doesn’t need the fancy title like the “Taj Mahal of Hockey.” Even in the short amount of time it’s stood, it’s already set a legacy for itself for being, as Hodgson called it, historic. 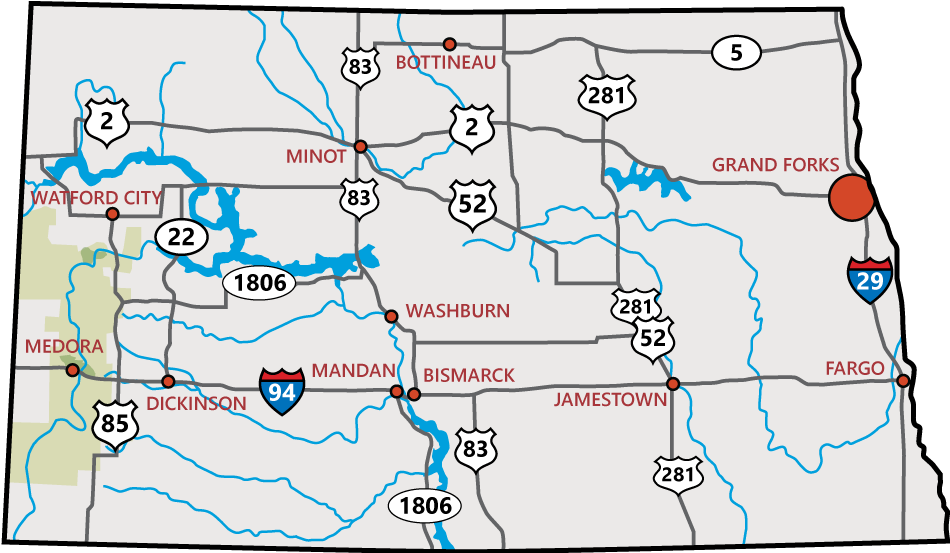 7 legendary activities to enjoy with dad in North Dakota

My Adventures in North Dakota