“What people see in me I hope are good things. They can say that this man is genuine. That he is somebody that is trying the best he can, not only for his people, but for himself and for his family.”

History is charitable. It always has something to offer, even for those who don’t realize they’re in need of it.

This was true for Loren Yellow Bird for a good portion of his younger years. He spent a lot of that time never looking at his own history, eventually moving away from his hometown of White Shield to join the Navy, get married and have kids. He always looked ahead and not behind. 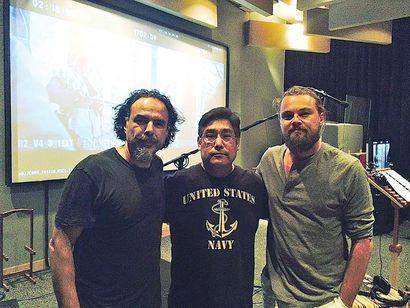 “I got to the point that I looked at my own culture and laughed at it,” says Loren, who is a member or the Arikara tribe. “But as time goes on, you learn humility. For me, that flip came so fast.”

The “flip” happened when his grandmother passed away. He says he realized just how much he didn’t know about their culture that had been lost to him with her passing. “I started having this idea of, what’s going to happen to us? Who’s going to have the understanding of what we do?” Loren says.

When Loren decided he would be that person to carry on the legacy, he didn’t have to go far to find what he yearned to know. Some of it came from chatting with family, some by meeting with tribal elders about traditions taught to them when they were young. Some of it came from the history and anthropology courses he took at North Dakota State University; and still more from the place where he spends his days now – Fort Union.

Fort Union was considered the most important fur trade post on the Upper Missouri River between 1828 and 1867. Nine different tribes, as well as and large numbers of Europeans gathered there to trade goods. For many, it was the first introduction to a people who were not like their own. Unknown to Loren for many years, within those people was a close relative.

“Just east of here there was a Hidatsa site. The Crow Flies High site they say,” Loren recalls. “One of my aunts came and talked about that and said my great-great-grandfather, Joseph Youngbird, was born here. So that brought me right into the site in terms of having a tie to it.” 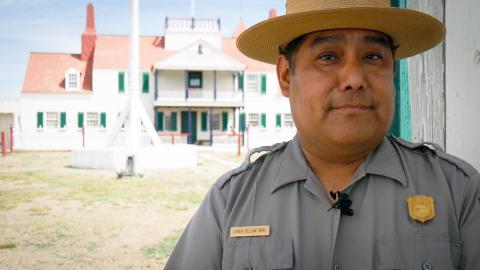 Loren now works at Fort Union as the Cultural Resources Interpreter and Park Ranger. He is passing on the history of his family and tribe through daily interaction with visitors at the fort and even through the big screen. He was a technical advisor for the Academy Award-winning movie “The Revenant” and taught many of the actors how to speak Arikara, Sioux and Pawnee. Although he admits it’s not always easy opening the eyes to Native American culture, he says he feels a great personal responsibility to try.

“So that brings me back to who I am and what I represent and what I do,” Loren says. “What people see in me I hope are good things. They can say that this man is genuine. That he is somebody that is trying the best he can, not only for his people, but for himself and for his family.” 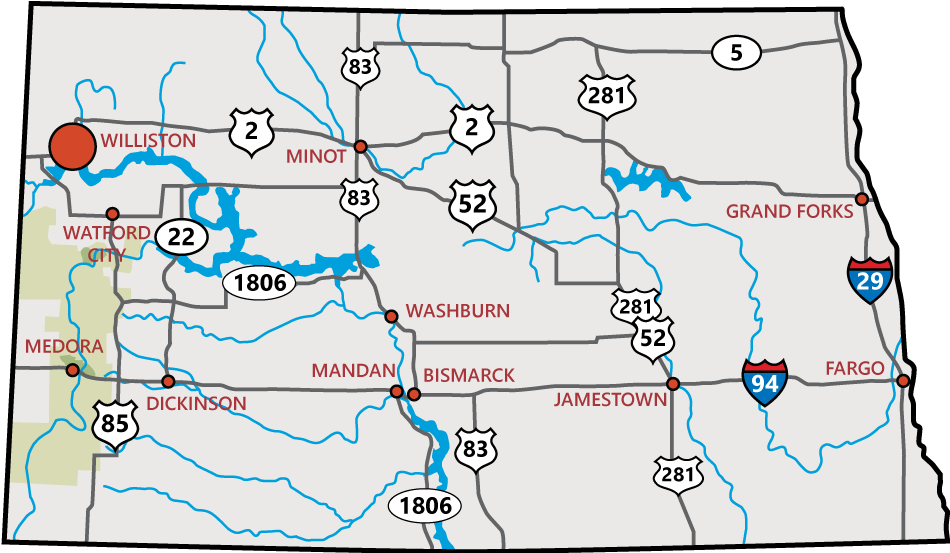