“I came from a place where you don't really look in the eyes ... Now I was in a place where I’m walking down the street and everybody, literally every single person, wave to you or say hello or ask how you doing? And that was like really magical. People trusted you from the moment they met you.”

Can you remember the days of being a teenager? Back before the world of adult responsibilities could hold you back from an exciting opportunity? Lyubomyr Shkandriy (Louby for short) remembers those moments like it was yesterday. Then there was that one moment nearly 15 years ago that changed his life forever.

The name might be the first giveaway that Louby is not from around here. He grew up in Ukraine. It was there that he stumbled across an opportunity through a travel program to journey halfway around the world to a tiny little western town called Medora, North Dakota.

“All I remember was that there was affordable housing,” Louby recalls. “I thought, if I’m going to do this, I’m should go ahead and pick somewhere that’s at least affordable. That’s the only reasons I picked it.”

When Louby first stepped off the bus in Medora, the weather was in much better spirits than he was (four straight days of travel will do that to a person). That June morning, the sun was shining beautifully over the buttes that surrounded this new little town he was to call home for the next few months. The first people to greet him were just as bright, welcoming him with open arms as they brought him to his room. Everyone they passed offered a smile and a wave.

“I came from a place where you don't really look in the eyes,” Louby says, “Now I was in a place where I’m walking down the street and everybody, literally every single person, wave to you or say hello or ask how you doing? And that was like really magical. People trusted you from the moment they met you.”

He says it was that level of trust that set the tone for his time there. Louby took on jobs like laundry (without even knowing what the word meant) and cleaning dishes at the Chuck Wagon and then onto becoming “the fastest omelette guy you’ll ever meet.”

"I would tell people I’m going to make you an omelet in 90 seconds or less. Don’t go away … And that’s exactly what I would do,” Louby says.

Fast-forward 15 years and it’s no surprise his work ethic has paid off in the fast-paced world of North Dakota’s largest tourist town. Now you’ll find Louby at the most unique eating attraction in the Midwest: the Medora Musical Pitchfork Steak Fondue. You read that right. Forget grilling tongs. Around here, steak belongs on a pitchfork and in the capable hands and winning smile of Louby. 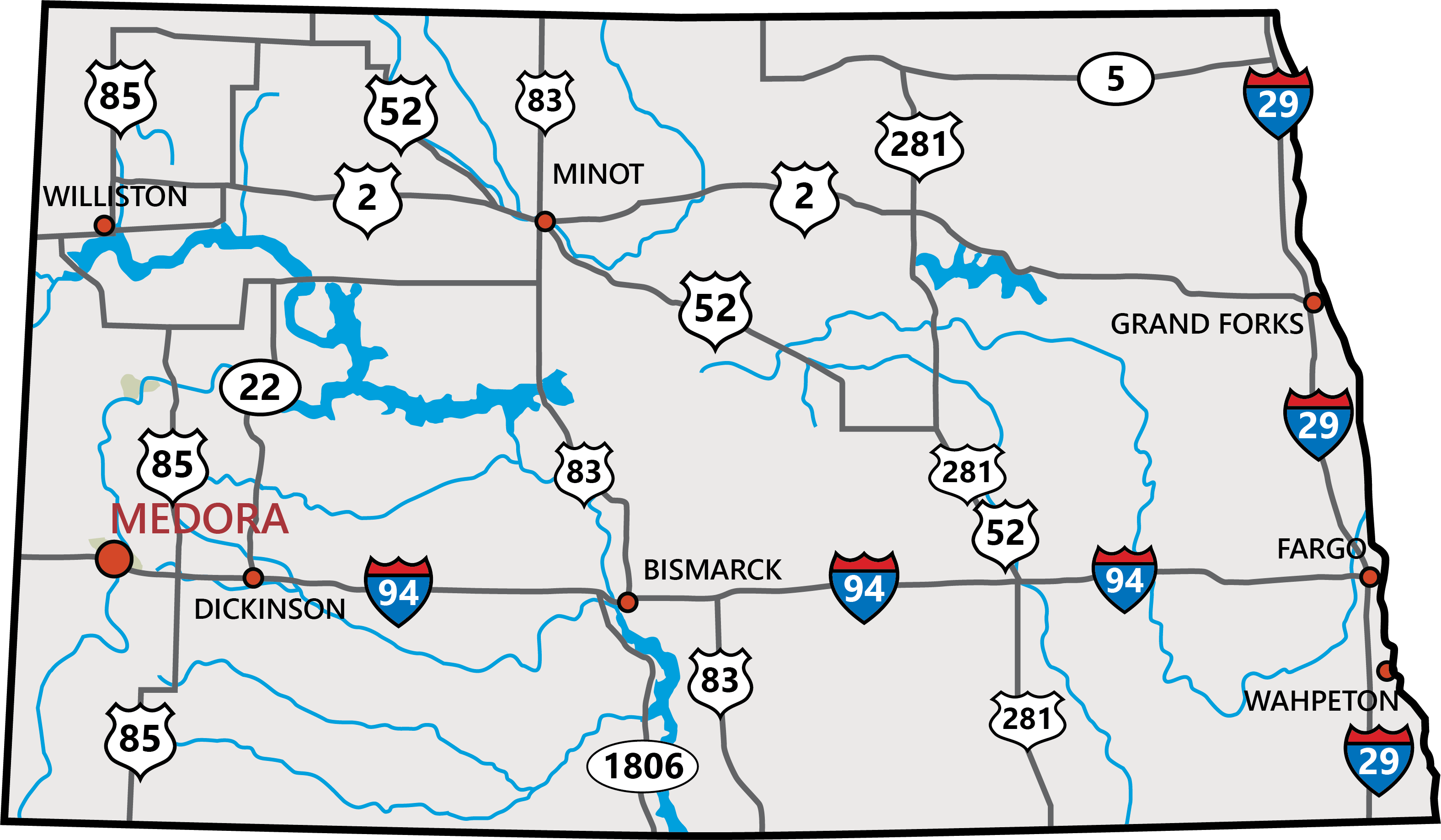 Splash Away Winter Blues at a Nearby Waterpark
Read More