All those old stories about North Dakota are an honored part of the state's history.

Many of North Dakota’s forts and Native American villages were actually gathering places for tribal members and the European and Scandinavian visitors and settlers who found their ways to what is now North Dakota.

Perhaps the best known collaboration was between Lewis and Clark and the people at Knife River Indian Villages at what is now Stanton. Members of the Corp of Discovery made a winter fort and named it in honor of the Mandan Native Americans who lived in the village and helped them survive the winter of 1804-05. It was at Knife River Indian Villages that Lewis and Clark met Sakakawea, who would accompany the Corps of Discovery to the Pacific Ocean and back. 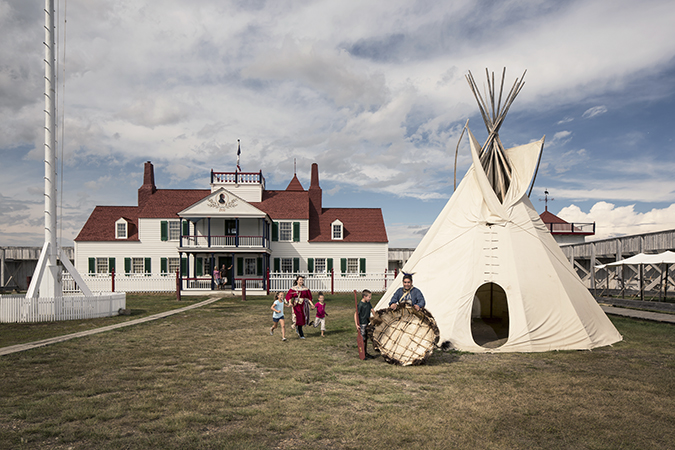 Later, fur traders and tribes on the Upper Missouri near Williston made Fort Union the principle fur trading fort in this part of North America in the early 1800s.

Other tribes lived in villages on the banks of the Missouri River and many of those still have visible remains of ground depressions or reconstructed earthlodges, including On-A-Slant Village at Fort Abraham Lincoln State Park, Chief Looking’s Village in Bismarck and Double Ditch Indian Village north of Bismarck.

Later, fur traders and tribes on the Upper Missouri near Williston made Fort Union the principle fur trading fort in this part of North America in the early 1800s.

Other forts in North Dakota stand in stark contrast, as they represent the classic protectors of workers and settlers and of military led expansion on the Northern Plains. Fort Abercrombie was the first permanent military settlement in North Dakota. But the most famous fort in North Dakota might be Fort Abraham Lincoln near Mandan. Custer was stationed there and it was from there that the 7th Cavalry rode to Little Bighorn in Montana to try to force Native Americans to return to their tribal lands. The resulting fight cost him and 200 of his men their lives in the historic battle.

Sitting Bull played a pivotal role in the battle. His gravesite and a visitor center are located in Fort Yates on the Standing Rock National Native American Scenic Byway. 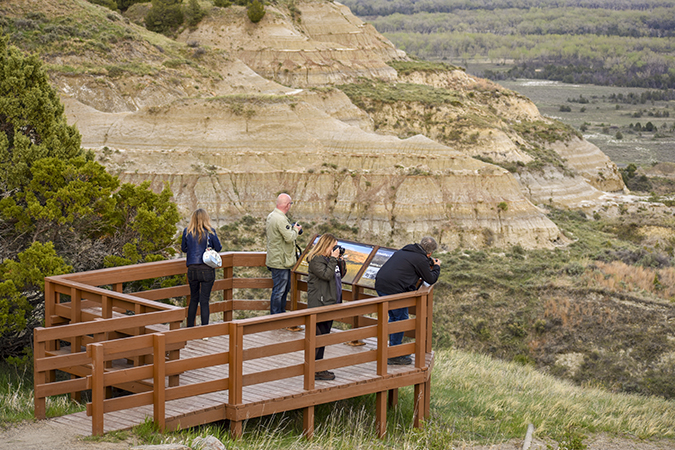 In the late 1800s, another famous American found his way to North Dakota and built a cattle ranch in the Badlands. Soon-to-be-President Theodore Roosevelt fell in love with the rugged west and made a home for himself in western North Dakota. His stay there was instrumental in his seeking and winning the Presidency. Roosevelt was an early proponent of conservation and would have the national park within the Badlands named in his honor.

TRNP consists of two units – one at Medora and one near Watford City – that are ruggedly beautiful and filled with wildlife and natural wonders. The park units abound with trails, including the 140-mile Maah Daah Hey Trail that runs between the two units and south of Medora to near Amidon. The Maah Daah Hey Trail has been named an IMBA Epic Ride.