Skip to content
You Might Be Interested In
Unscripted - Theodore Roosevelt National Park
30 Must-See Places in North Dakota
Unscripted Active Outdoors
Unscripted Fishing
Golf
Did you find this interesting? Share it with your friends and family.

Native American tribes in North Dakota have their own distinct and different origins, histories and languages. Plains tribes are united by core beliefs and values that emanate from respect for the earth and an understanding of humankind's relationship with nature. The tribes which have had a great influence on today's North Dakota are the Mandan, Hidatsa and Arikara; the Yanktonai, Sisseton, Wahpeton, Hunkpapa and other Dakota/Lakota/Nakota (commonly known as the Sioux) tribes; and the Chippewa and Metis. Visitors are welcome to explore the tribal lands and discover the beauty of Native American culture.

The Mandan and Hidatsa, and later Arikara tribes, lived peaceful lives in earthlodges along the Knife and Missouri rivers. By 1862, diseases like smallpox wiped out entire villages, forcing survivors to band with other groups. The three tribes came together in Like-a-Fishhook Village, but maintained tribal identity. The Fort Laramie Treaty established the Fort Berthold Indian Reservation in 1851. The tribal land's 12 million acres stretched from the Missouri to beyond the Yellowstone River in Montana. Politics in the late 1800s reduced the size of the tribal land to about one million acres.

The Fort Berthold Reservation straddles the north and south shores of Lake Sakakawea, named after the Native American woman who accompanied the Lewis & Clark Expedition. Communities on the 980,000-acre tribal lands include Twin Buttes, White Shield, Mandaree, New Town and Parshall. Cattle ranching and farming are important to the economy, as well as some Native American-owned businesses in Mandaree and New Town, including 4 Bears Casino & Lodge.

The Standing Rock Nation is part of the Lakota/Dakota/Nakota nation that once controlled a vast area from the James River in North and South Dakota to the Big Horn Mountains of Wyoming. When gold was discovered in 1874, Congress claimed the Black Hills and the vast country occupied by the Teton Lakota people. The area was broken into six smaller tribal lands, including Standing Rock Reservation, home of the Yanktonai, and Hunkpapa bands of Teton Lakota, as well as other Teton Lakota nations.

The 2.3-million acre tribal lands, bordered by Lake Oahe on the east, covers all of Sioux County in North Dakota, and Corson, Campbell, Perkins and Walworth counties in South Dakota. North Dakota communities on the tribal lands are Cannon Ball, Fort Yates, Porcupine, Solen and Selfridge. The tribe owns two casinos, Prairie Knights near Fort Yates in North Dakota and Grand River at Mobridge, South Dakota. Ranching is also an important part of the economy, including a tribe-owned bison herd.

This is one nation with several different language dialects but only slightly differing cultures. The tribe migrated to the Great Plains from near Lake Superior and by the early 1800s dominated the northern plains. In 1867, a treaty established about 245,000 acres for the Fort Totten Reservation in Benson, Nelson, Eddy and Ramsey counties. 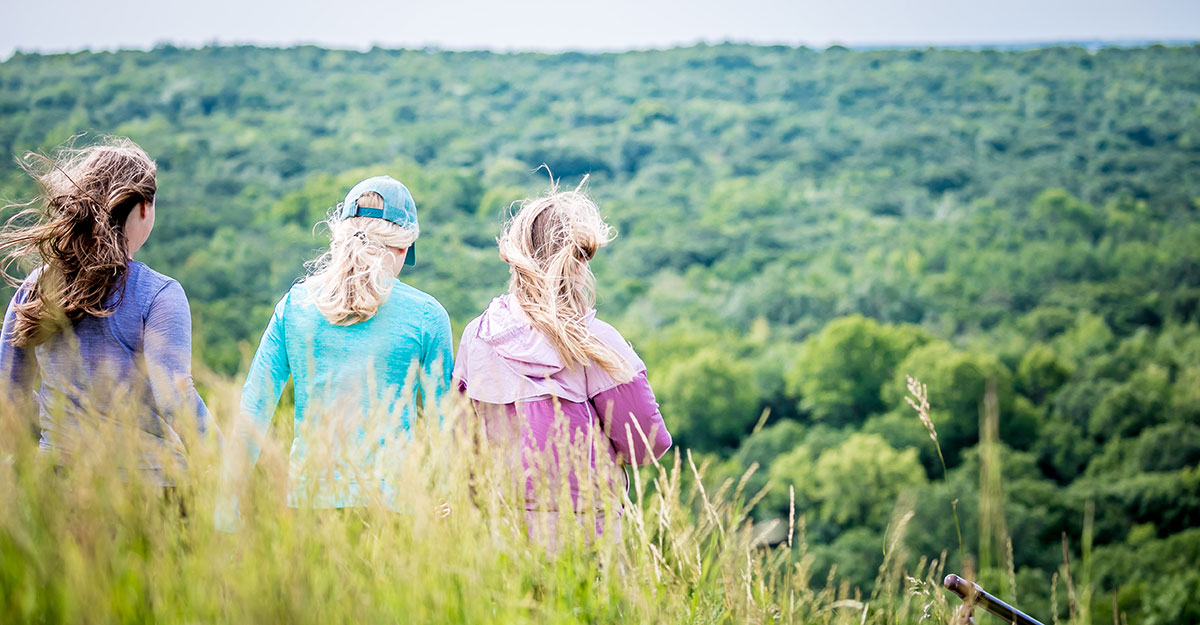 The Turtle Mountain Reservation is in Rolette County in the wooded, rolling hills of north-central North Dakota. The ancestors of the Turtle Mountain Band of Chippewa migrated from the Great Lakes in the late 1400s. Drawn by the fur trade, they became middle men serving as trappers, voyagers, guides and caretakers of the land. The Chippewa developed lasting relationships with the Cree and French.

Offspring of Chippewa or Cree and French Canadians are known as Métis. North Dakota's first community, Pembina, was built by the Chippewa and Métis people. The Turtle Mountain Reservation was established in 1882.

The land is located on 46,000 acres in Rolette County and includes the community of Belcourt. The tribe operates several enterprises, including Sky Dancer Hotel and Casino.

The Sisseton-Wahpeton Band is a subdivision of the eastern or Dakota Native Americans. Within the three major divisions of the Dakota/Lakota/Nakota Nation, there are seven major bands, which are referred to as the Seven Council Fires. At the time of initial contact in the mid-1700s with European traders and missionaries, the Sisseton Wahpeton bands resided in villages extending from Manitoba, Canada, to the present homelands on the Lake Traverse Reservation and further south in Minnesota and northern Iowa.

The Sisseton-Wahpeton Lake Traverse Indian Reservation, and its headquarters at Agency Village, is located primarily in South Dakota. More than 110,000 acres span North Dakota and South Dakota, including glacial lakes, coteau hills and several state parks. As a sign of respect for the alliance of the Seven Council Fires, the Sisseton and Wahpeton bands have erected seven torches in front of Dakota Magic Casino. Each torch represents a band of the Dakota/Lakota/Nakota people and the seven district council communities on the tribal lands.

Take a Historic Tour on the Sakakawea Scenic Byway