Skip to content
You Might Be Interested In
Unscripted - Theodore Roosevelt National Park
30 Must-See Places in North Dakota
Unscripted Active Outdoors
Unscripted Fishing
Golf
Did you find this interesting? Share it with your friends and family.

The Native Americans of North Dakota share an understanding of humankind’s relationship with nature. 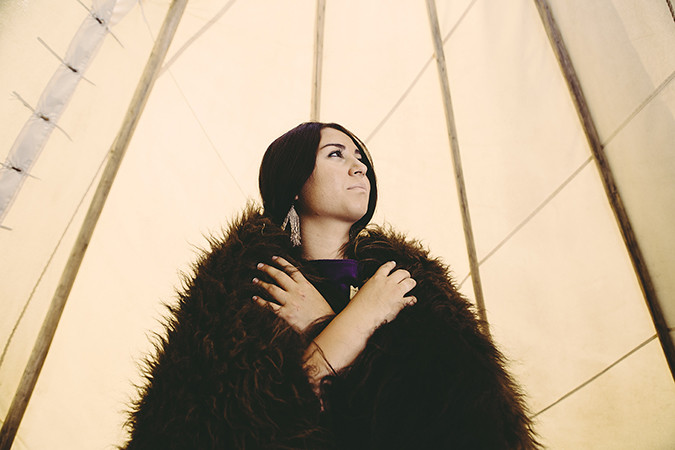 There are approximately 30,000 Native Americans living in North Dakota and they make up about 5% of North Dakota's current population. North Dakota Native American tribes span the Mandan, Hidatsa, Arikara, the Yanktonia, Sisseton, Wahpeton, Hunkpapa and other Dakotah/Lakotah (more commonly known as the Sioux) Tribes, along with the Pembina Chippewa, Cree and Metis.

Though the individual tribes have distinct and different origins, histories and languages, Native Americans are united by core beliefs and values that emanate from respect for the earth and an understanding of humankind’s relationship with nature. Just as the name “Dakota” means “friend or ally” in the Lakota language, the hand of friendship and hospitality is extended to you as you journey here to explore the tribal lands and discover the beauty of Indian culture.

The Sisseton-Wahpeton Oyate Tribe is comprised of about 11,300 enrolled members and enlisted in a traditional lifestyle that included hunting by males and various chores by females, such as gathering wild rice, cooking, tanning skins, repairing clothes and cutting wood. The tribe lived in elk or buffalo hide tepees after migrating to North Dakota and their tribal lands encompasses 110,000 acres of North Dakota and South Dakota.

The Spirit Lake Nation is comprised of Dakotah/Lakota people, including Sisseton, Wahpeton and Yanktonai tribes. Their traditional lifestyle was nomadic and consisted of hunting bison, fishing and farming along rivers and residing in tepees. There are currently 4,300 enrolled members, with many tribal members living on Fort Totten Reservation.

Comprised of the Mandan, Hidatsa and Arikara nations, these tribes traditionally farm corn, beans, squash and sunflowers. Tribal members typically lived in semi-permanent earthlodges. The Mandan people were nearly wiped out by the smallpox epidemic of 1786. Only about 1,250 Mandans remained at the time the Corps of Discovery arrived. Smallpox devastated the Mandan again from 1837 to 1840.

The three tribes united in 1862 in Like-A-Fishhook Village on the Missouri River. Many tribal members have lived on Fort Berthold Reservation since 1870 and there are 10,400 current tribal members.