“People are at their best when they’re out fishing.”

It’s the first day of open season and as Greg Schoneck drives his small but sturdy fishing boat up and down the Yellowstone River, he says it’s easy to tell which of anglers along the shore have seen a paddlefish before and which haven’t. He describes it with almost perfect detail.

First, that 12-foot fishing pole bends in half as if it caught a log floating down the Yellowstone.

Second, the lucky angler plants their feet, leans back and starts reeling for all they’re worth.

And third? Well, this is the fun part. One of two things happen to the people around them: One, they’ll either start wildly throwing their reels out knowing if there’s one paddlefish out there, there’s another; or two, they’ll drop their lines on the ground and come over to watch chaotically like a fight had just broken out. The latter are the first-timers. 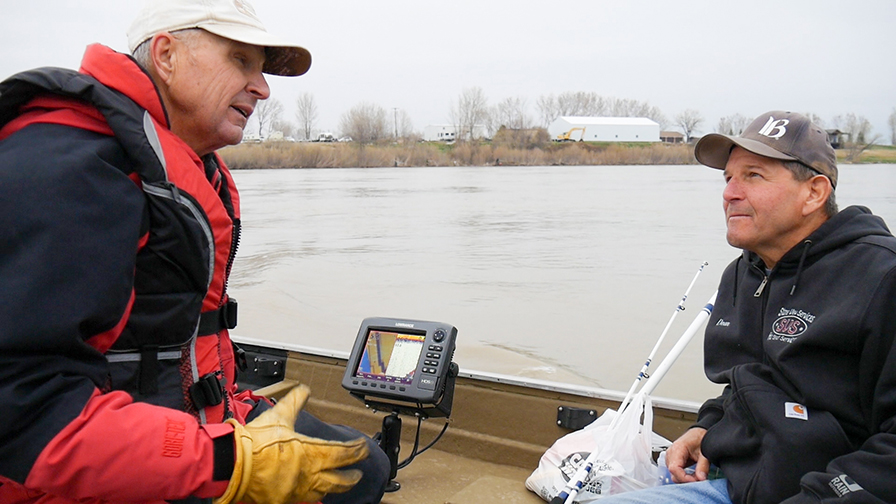 Wide eyes get wider as you see a fin break the surface of the muddy water. Fingers go up and point and you might even see someone take off their shirt and stand in the shallows waiting to help lug the catch to shore. If this sounds overly dramatic to you, you’re probably one of the “never seen a paddlefish” people, because this is one fight often not won alone.

“This place gets wild,” Schoneck says with a big smile and a laugh.

And up comes a paddlefish. Often over 100 pounds, these long-billed prehistoric looking things are the “bears” of the river system. They’re gray in color with no scales. Their signature paddlefish bill sticks out about a foot and a half above their massive, toothless mouth. For being by far the biggest fish you’ll find around here, they eat only small plants and plankton.

“Well they’re monsters,” Schoneck says, still chuckling from the show happening on shore, “What’s our state record, 130? It’s crazy. We have people from all over coming for just one fish.”

It’s just another aspect to what makes paddlefish snagging such a unique experience. You only get one, and your season is over. But Schoneck is one of the few who aren’t here to fill a tag. He’s all about making sure others get theirs, actually. All day long, for days at a time, he will boat up and down the Missouri-Yellowstone confluence to spread anglers out across the banks of the river. He’s hired by the Williston Convention and Visitors Bureau to do this and it’s 100% free.

“It’s a tradition for many. Trees over here will fill up with hundreds of people that build little cities. Tent cities,” Schoneck says. “In every respect, it’s as big as deer season around here.”

Schoneck is an avid angler himself. He started his passion young, casually fishing on Sundays with his family. His career started later on Lake Sakakawea as a guide. He regards Sakakawea as one of the best walleye fisheries in the country, but said he couldn’t resist this opportunity to get closer to paddlefish snagging when this position opened up about eight years ago. Since then, he’s been helping others fall in love with the same paddlefish snagging that brought him here.

“People, especially from out of state, they have all of these questions," Schoneck says. "They’re not sure what to do and they’re not sure where to go or how to do it. Just get a license! Just come, because once you’re here, you’re gonna learn and you’ll have fun.”

And when you do come, keep an eye out for the bright red fishing suit in the small, sturdy boat. You’ll probably find it not far from shore still enjoying at all the excitement of another 100-pound paddlefish being pulled to shore. 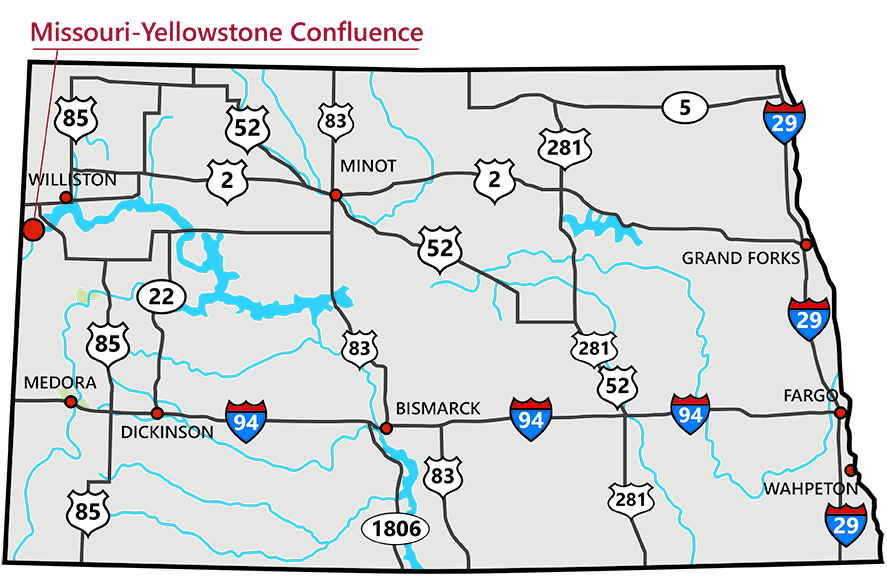